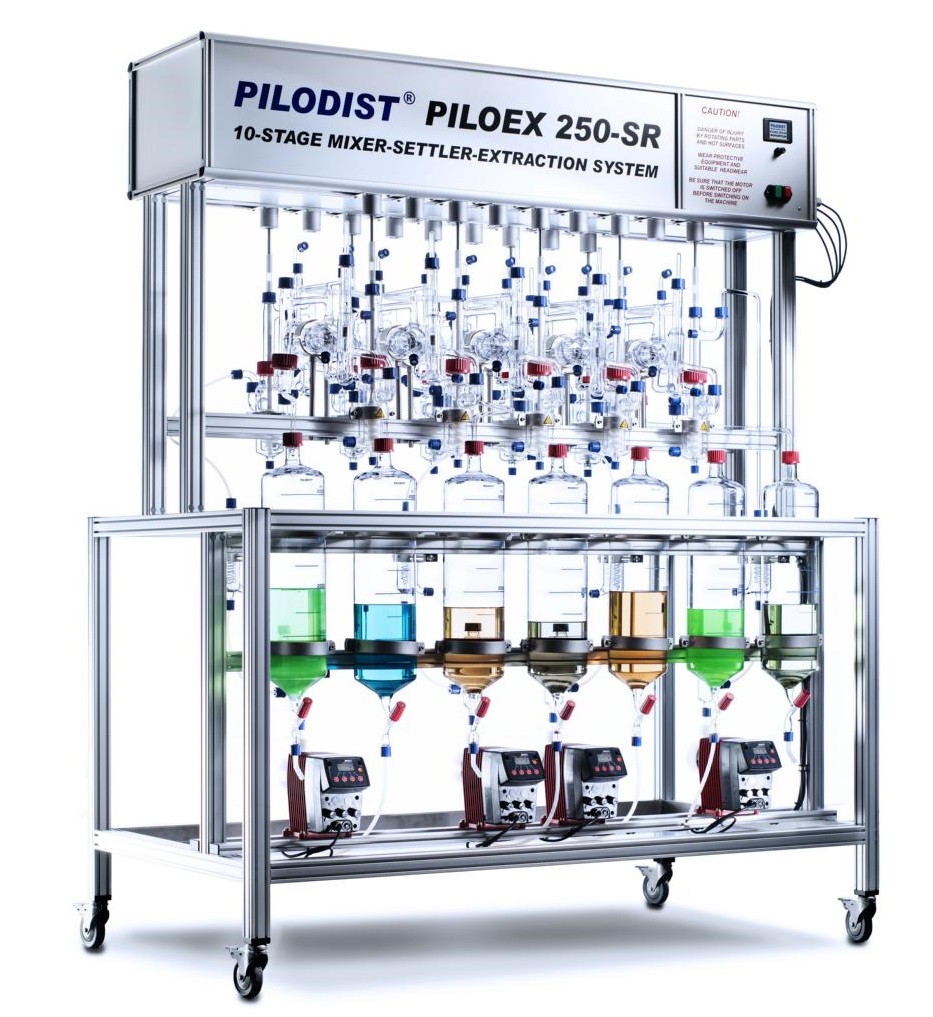 This mixer-settler apparatus has been designed to study liquid-liquid-extraction processes. One part of the component, which has to be separated from the liquid phase (raffinate phase) is extracted by means of a liquid solvent (extract phase). This component is concentrated in the solvent (extract phase from the extraction phase to extraction phase). The raffinate phase and the extract phase will be led through the system in opposite directions. The advantage of the mixer-settler apparatus is the high efficiency of the exchange stages.

Each stage consists of a mixer with downstream settler. In the mixer the light and the heavy phase from the neighbouring stages are brought together, are intensively mixed and then simultaneously conveyed into the settler. The mixing is realized by motor driven spiral stirrers for each mixing stage. Due to the intensive mixing the phases are divided into drops, so that the greater exchange surface, the substance transfer from one phase to another is heavily intensified.

Contrary to other separation methods, the extraction will not directly lead to pure components. The extract phase is e.g. to be separated in a downstream distillation/rectification into extracted component and solvent.

This extraction process has the advantage of a low energy consumption for the separation of various compounds of liquid mixtures and is ideally applicable for demonstration purposes as well as for studying liquid-liquid extraction fundamentals in research and education. 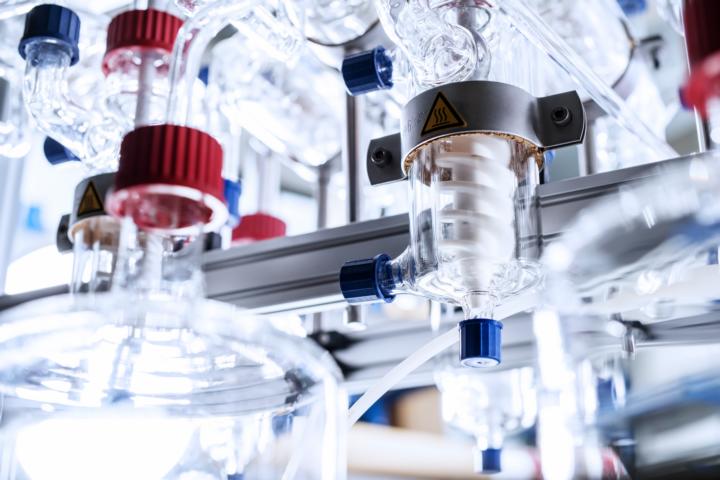 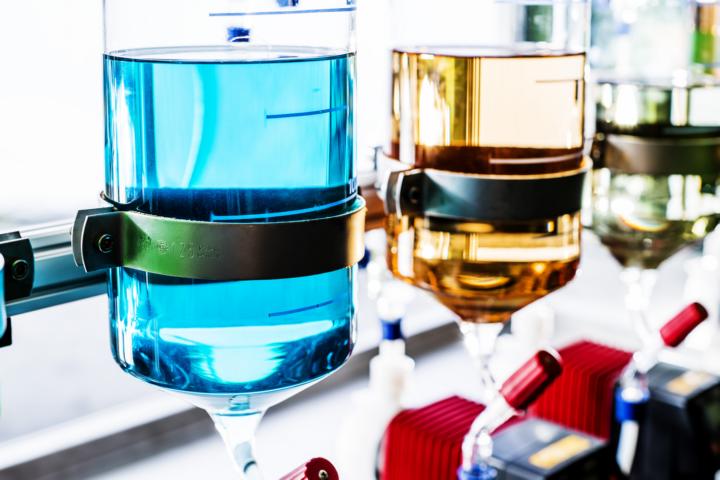 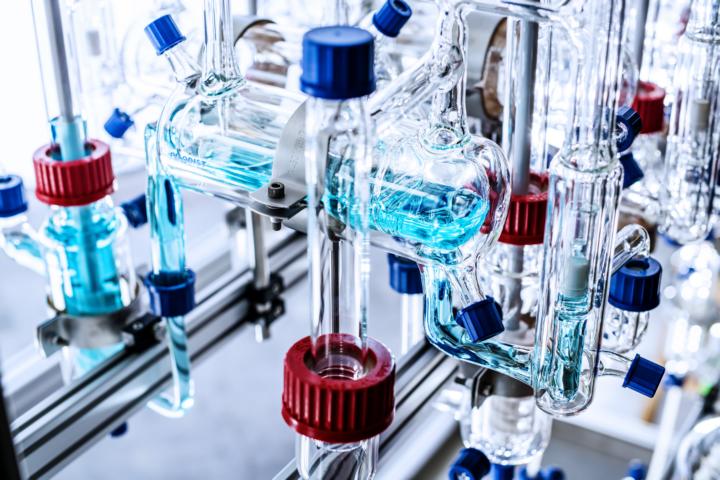