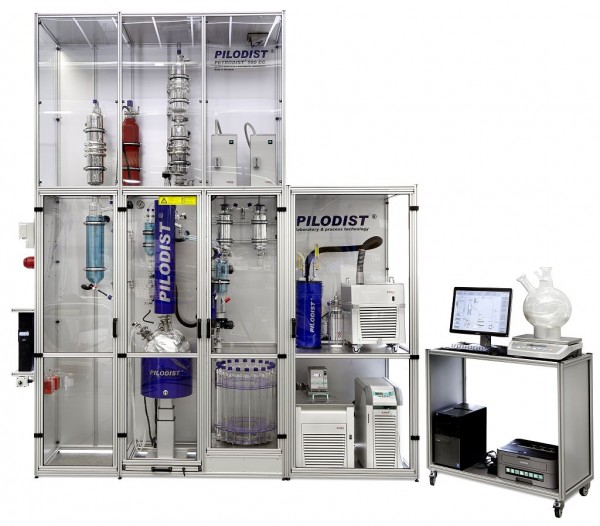 These different distillation runs are performed automatically, there is no need for any intervention by the operator. The system automatically manages the changes of all involved operation pressure changes from atmospheric to the different vacuum conditions automatically with. The duration of the intermediate cooling procedure in between the different runs is minimized by an intensive cooling of the flask charge as well as introduction of N2 into the system.