Compact design with control system and safety items for unattended operation. No operator intervention and no intermediate stops during different distillation runs at different reduced pressures are required.

The system is delivered as a turn key system. Various optional accessories are available. The system is fully equipped with all required components, designed to operate both distillation systems simultaneously.

The fraction/receiver changes are automatically performed according to preselected cut temperatures or in case of receiver overfilling. Both systems are equipped with individual fraction collectors to allow simultaneous operation of both systems. The final data and the combined distillation curve in wt% and vol% are printed out after reweighing the residue. 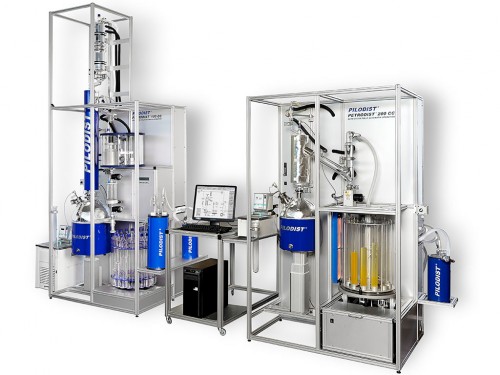